Phenology The adults fly from dusk onwards in June and July, and are attracted to light.

Description The length of the forewings is 14–16 mm.Forewing with basal two-thirds dark chocolate brown, limited by the pale outer line, which is oblique and concave outwards to vein 5, there strongly angled, and sinuous inwards to inner margin beyond middle, meeting on vein 1 an oblique line from base of median vein; the area below it pale with bright brown suffusion in male, chalk white with faint discoloration in female; terminal area grey in male, chalk white in female; subterminal line formed of interrupted fuscous lunules tipped with white in the male and preceded by brown suffusion; in the female merely a row of dark spots; an oblique thick brown streak from apex; a row of black terminal triangular spots; a dark dot in cell and lunule at its end; hindwing dark brownish fuscous with a ruddy tinge in male, greyish white or pale fuscous in female; the ab. terricularis Hbn. is a nearly black form of the male with a few terminal white markings

Foodplant The main foodplant of the larvae is bilberry (Vaccinium myrtillus).. Larva feeds on Bilberry, over-wintering as a pupa.

Habitat Occurring in woodland and peat-bogs, this species is locally distributed in the south and west of England, and in Wales and southern Ireland. 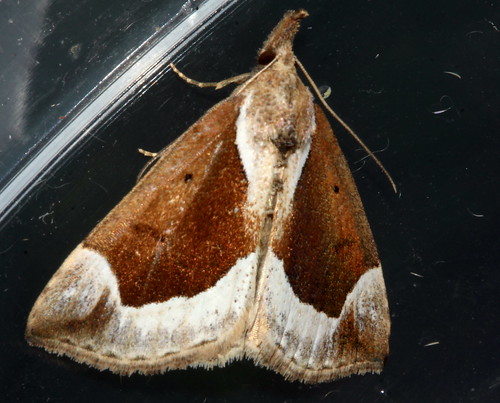 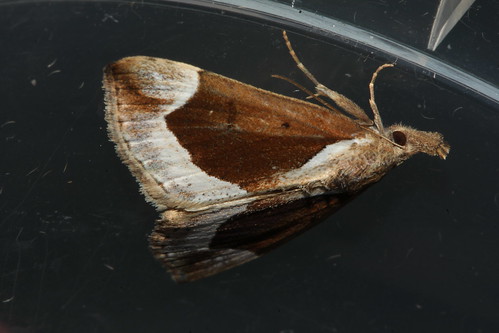 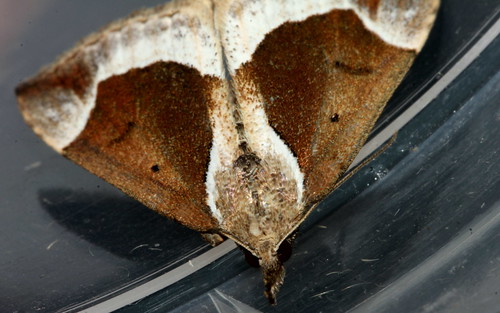 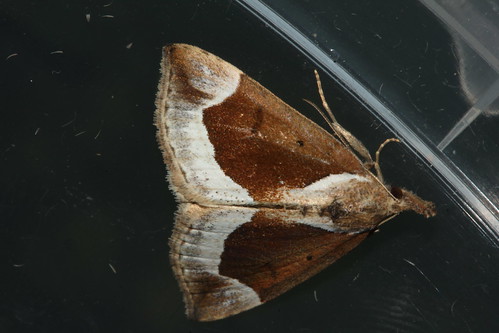