A common moth of this genera Argyresthia, flying at night and on sunny afternoons from June to August among birch throughout the British Isles, except Shetland.

Typically with white forewing crossed in the middle by a 'Y' shaped golden-brassy fascia is easily identified. The markings are less distinct in form literella which has the white areas suffused with gold, and in the unicolorous golden form resembling unicolorous brassy specimens of A. brockeella, though goedartella is usually paler.

Larva overwinters in a shoot or hard male catkin of birch (Betula) or alder (Alnus glutinosa). In spring, feeding in a catkin can be detected by its distortion, soft feel and by frass ejected from a hole. In late March or April, larvae congregate under bark (among paper or cloth in captivity) where they eventually pupate. 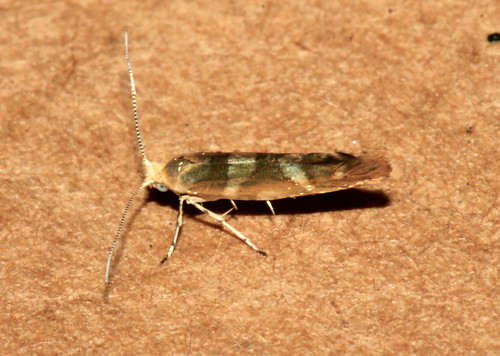 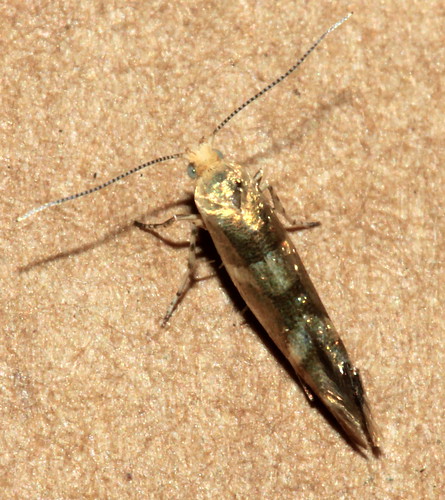 PHOTOGRAPHS THANKS TO CHARLES STREET (C)