Phenology March - August but in the main observed in spring and early summer.

Description A common ground Crab spider. Colours can vary.
Female grows to a length of around 8 mm whilst the male is a little smaller, growing to around 5 mm. in both sexes , the dark triangle on the carapace ends in sharp, defined point. Abdomen has a broad middle band bordered by two darker rows of triangular marks.

Similars Xysticus ulmi is similar but lacks the sharp and dark point at the end of the triangle on the carapace. It is also found in damper habitats.

Photo ID not usually possible due to similars

Life Cycle Tyoically static in a stance with fore-legs spread wide, waiting for insects to contact within them. Predatory on other invertebrates, including ants, which most other spiders avoid, and often taking prey much larger than themselves. Called 'crab spiders' because, as the name suggests, they sometimes move in a crab-like way, from side to side. Male courtship unusual method of mating with the female.initially grabing hold of one of her legs waiting until struggling stops. He then ties her down to the ground with threads of silk. In the last phase of courtship he crawls underneath her to mate.

Habitat On the ground or in low vegetation. 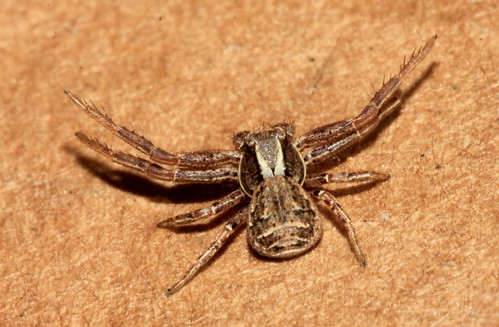 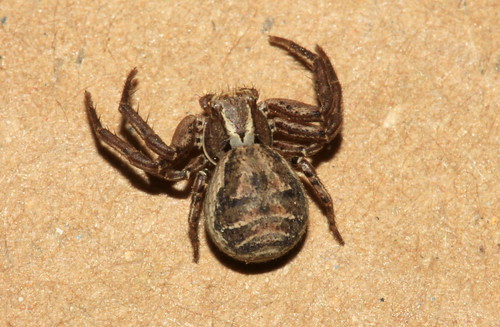 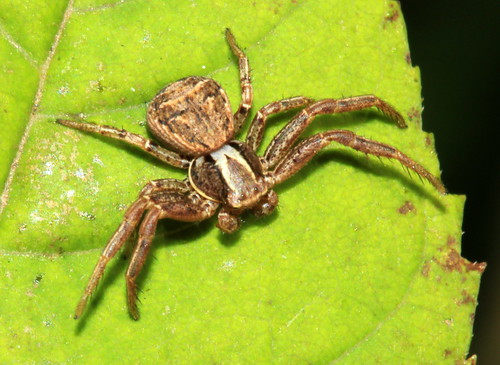