Phenology Adults are found in early to mid-summer, with most males in May and June and most females in June, but occasionally persisting until October.

The spider has a very rounded abdomen which has distinctive black and white markings on the back and some orange-brown streaks on the underside.T. sisyphium constructs an inverted cup-shaped retreat, which it covers with plantdebris. Below its retreat the spider spins a typical Theridiidae tangle web. This species is typically found on gorse bushes and heather on open ground, but can also be found on oak, blackthorn, nettles, juniper and thistles. Single, spherical blue-green egg-sacs are produced between June and August, slightly earlier than T. impressum, and are kept within the retreat. Emergent spiderlings hatch, they are fed orally on regurgitated food by the female.

Needs examination due to similars 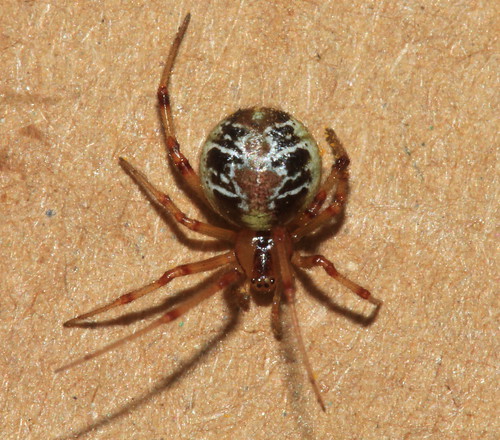 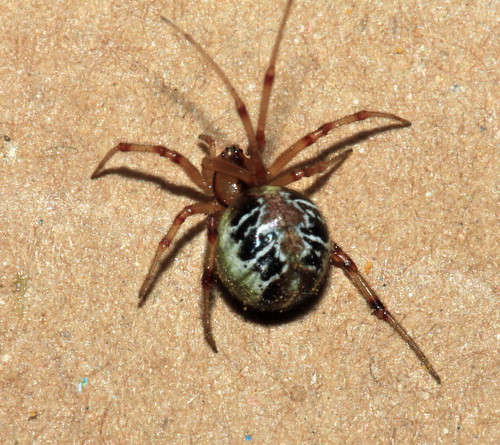 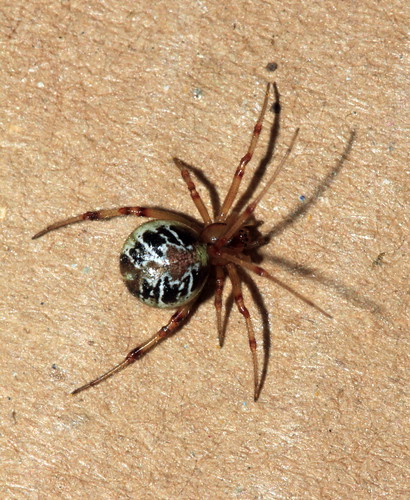 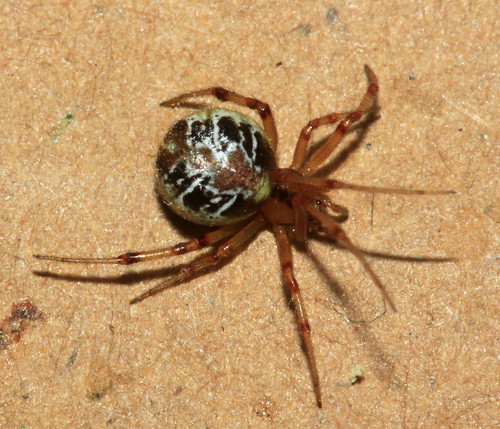 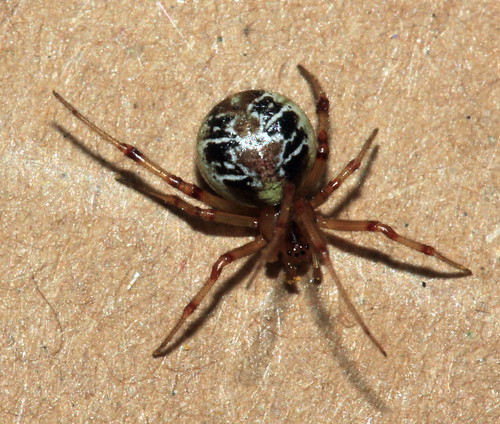