A common moth in gardens, is variable in colouration, but a constant characteristic is the 'W' shaped mark at the outer edge of the wing. Varies from Dark grey with black markings to Black with few markings

A common species throughout the British Isles, there are frequent melanic specimens, especially in the north.

Occurring in a variety of habitats, especially more grassy areas, it is on the wing from July to August, with a later second brood in the south.

It is readily attracted to light and one of the commoner species in the moth trap in late summer.

The larvae feed on the bases and stems of various grasses. 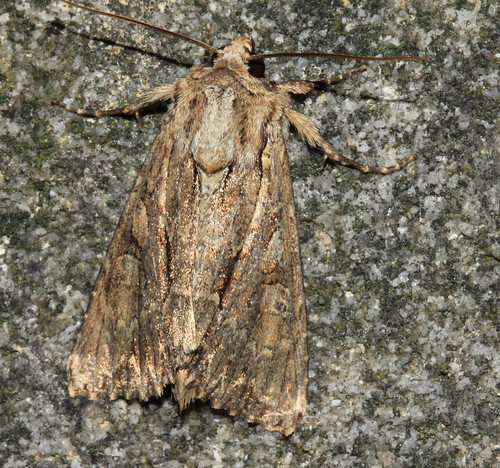 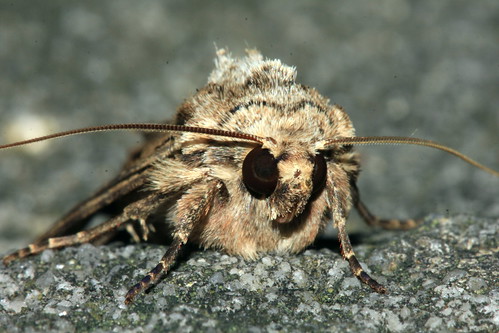 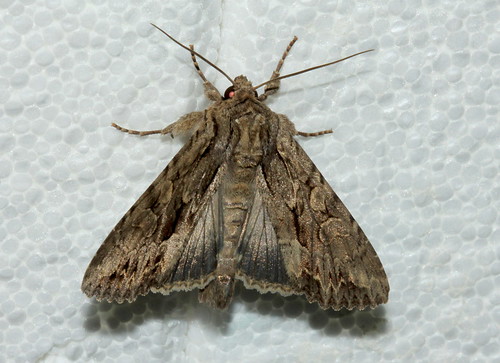 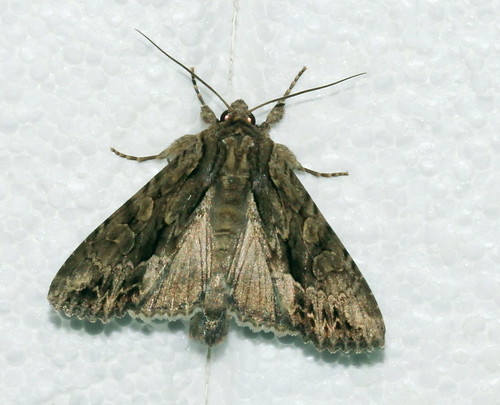