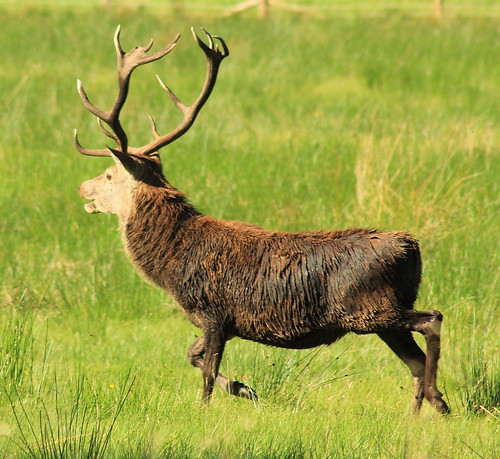 Desription Britain's largest land mammal, the male (stag) is larger than the female (hind) and has well developed branching antlers. Summer coat is red brown but it becomes more grey/brown in winter.

The male's antlers are shed each February, reappear in the spring and become larger with each successive season. Lives in separate sex herds for much of the year, and spends much of the day resting or wallowing in mud, being most active from dusk to dawn. The autumn 'rut' precedes mating.

Red Deer are patchily distributed in the UK; they are widespread and locally common in the north of Scotland. Populations in Scotland and the north-west of England represent native stock, whereas in south-west Scotland and most of England they are likely to be escapees from deer parks. Conservation efforts have resulted in an increase of Red Deer populations. 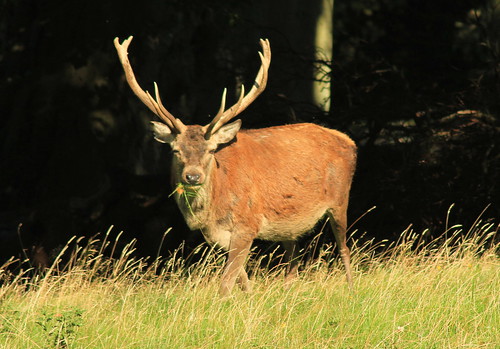 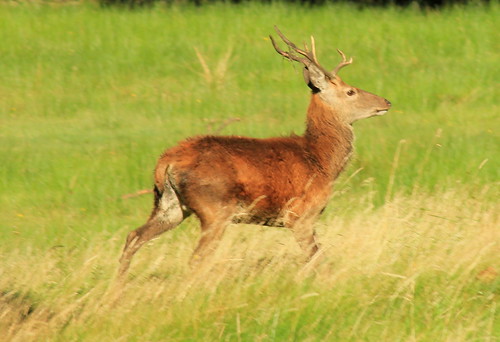 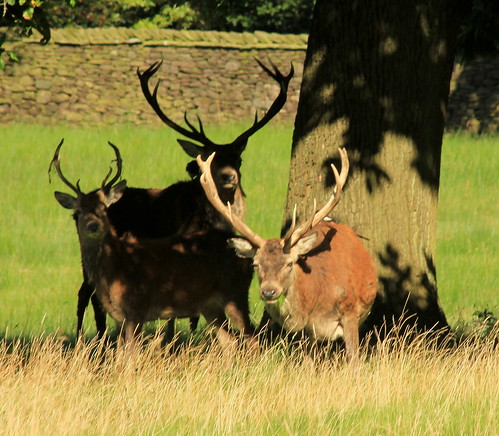 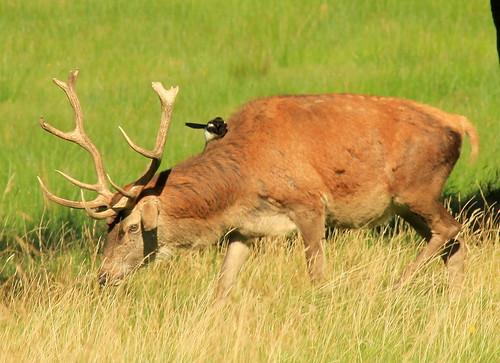