Caps Cups are irregular and have a smooth, bright red hymenial (fertile) inner surface and a felted outer surface. Cup diameter = 2 to 7cm when fully expanded; height typically 1 to 2cm. The outer (infertile) surface is paler than the inside, sometimes pinkish but often with an ochre tinge. It is covered in minute hairs, which take the form of tangled coils. The curly nature of these hairs is a crucial identifying characteristic, but to see it clearly requires strong magnification. Edges of young cups are often slightly incurved.

Has a Short stipe or stem, up to 3.5cm long and 0.3-0.7cm wide, frequently buried in moss or leaf litter. The stipe is the same colour as the outer surface of the cup or somewhat pale 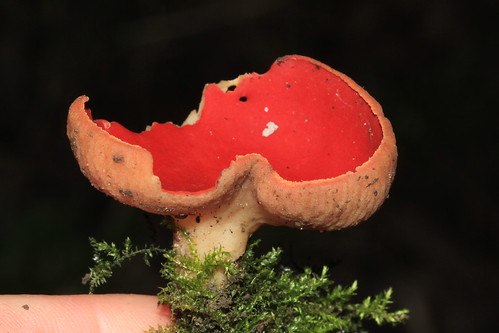 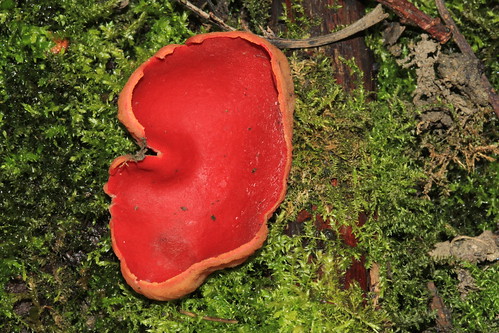 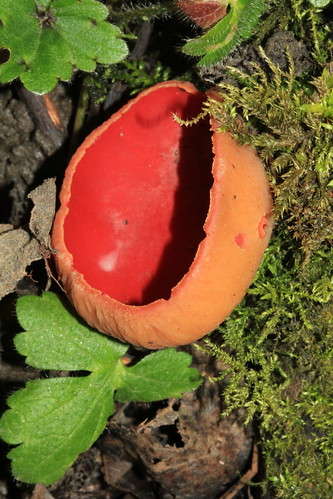 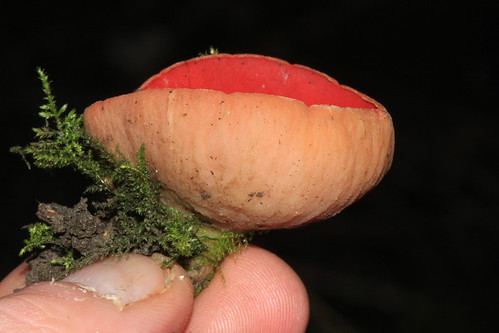 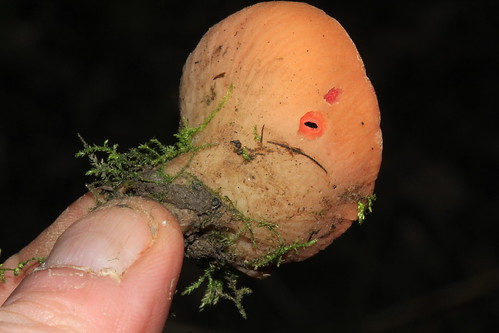 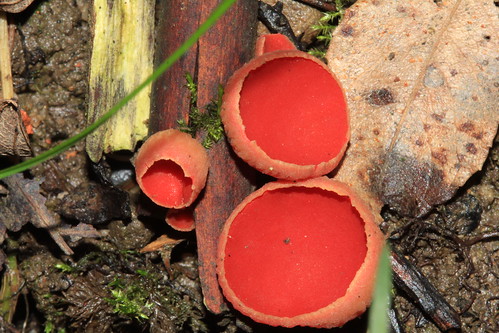