Diet: Well known for feeding on the corpses of dead animals. Will also feed on other insects.

Features: The only all black species (apart from the orange tips to its antennae) and it is large (20-30 mm).

There are several similar species, all commonly known as Sexton beetles or burying beetles. They get their name from the practice of digging a hole beneath a dead animal and then pulling the body down into the hole. Beetles usually work in pairs, and afterwards females will lay her eggs next to the corpse for her young to feed on when they hatch.

Nicrophorus vespillo - concave on inside edge of hind tibia , presence of golden hairs on the fore margin of the pronotum

Nicrophorus vespilloides - the only one with black terminal antennae, wing cases fall short of abdomen

Nicrophorus humator - the only all black species

Habitat: Anywhere that dead animals might be found. They often fly towards lights at night, This specimen was photographed at Moth Trapping
These beetles perform an important role in getting rid of carrion . Males and females cooperate to bury this matter, by digging beneath the bodies to provide a food supply for their larvae

Distribution: Found throughout the U.K. 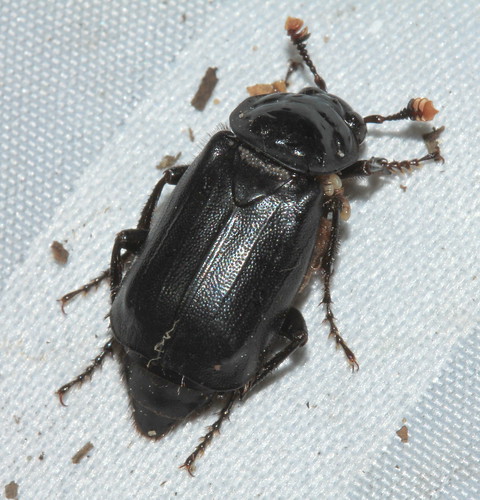 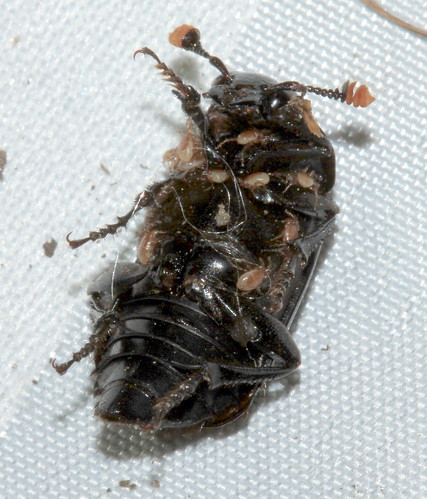 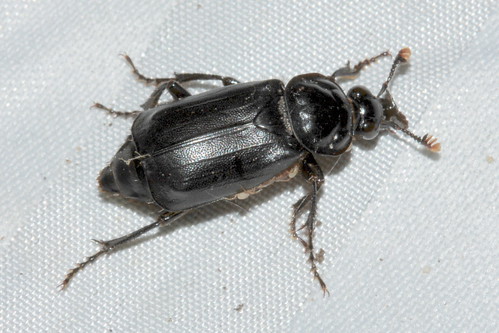 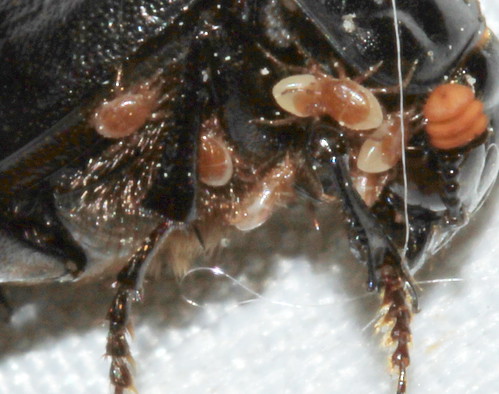 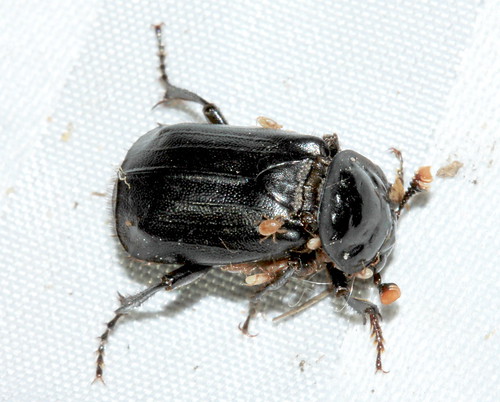