Measures about 30mms in length.

Found throughout the UK, but are more common in the south.

Seen flying at dusk from May to July.

Food: They feed on leaves, and a favourite is the oak tree.

Sometimes called the 'May Bug' because of the month they normally appear. Although not common, in places where they can be found, cockchafers are usually seen in large numbers.

They can often be found swarming around trees and bushes, feeding on the leaves.

Cockchafers are very haphazard in their flight, often colliding into things as they fly in search of mates. They also make a loud buzzing sound as they fly.

Cockchafers have a 3 year life cycle. After mating the female digs about 20cms into the soil to lay her 10 to 20 eggs. The eggs hatch after 21 days and the larvae remain in the soil for a further two years feeding on roots.

Cockchafer larvae (see link below) are a creamy-white colour, with a brown head. They are equipped with a strong pair of pincers for chewing through roots.

If you pick one up it will make a squeaking sound by rubbing a row of pegs on its hind legs against its middle legs.

When they are about 5cms long they are ready to pupate in the soil. After pupation, the adult beetles emerge in October, but remain in the soil until the following spring. 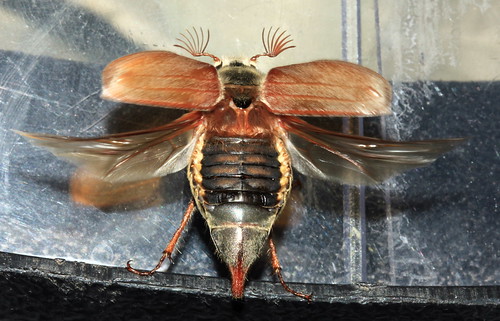 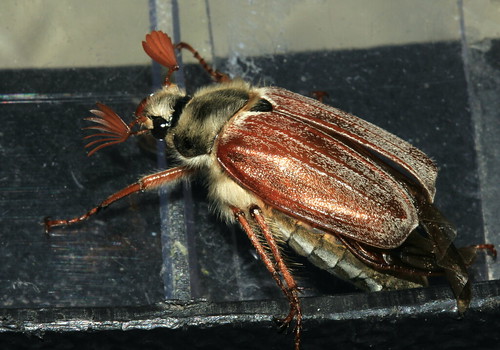 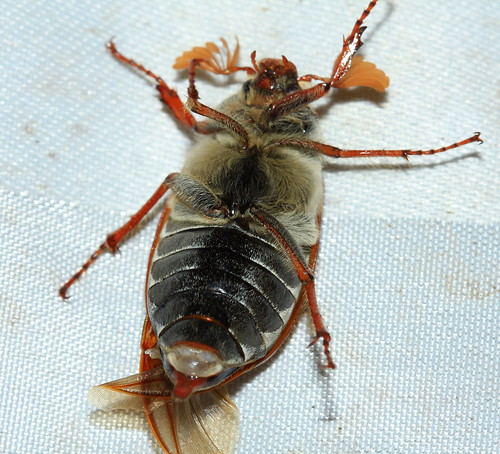 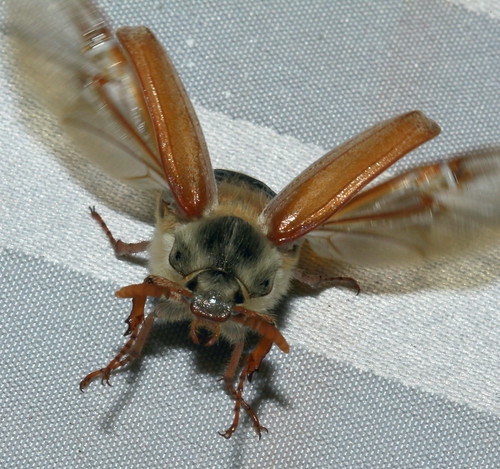 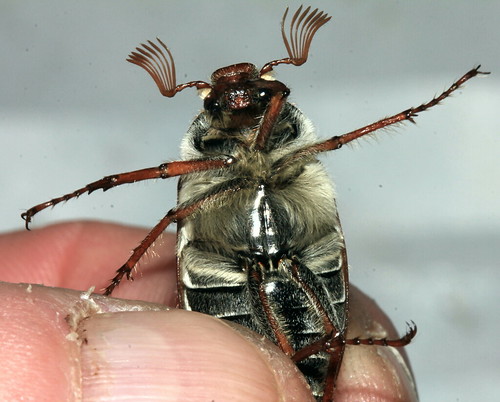