Phenology May and July.

Identification One of several Cardinal Beetles, this species has a red head to distinguish it from P. coccinea which has a black head.The Red-headed or 'Common' Cardinal beetle is a red to orange beetle as suggested has, a red head. It is approximately 20mm long and found throughout Britain.

Habitat On flowers, trunks and stumps where it hunts other insects. 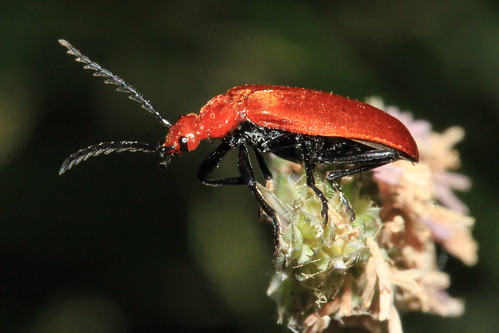 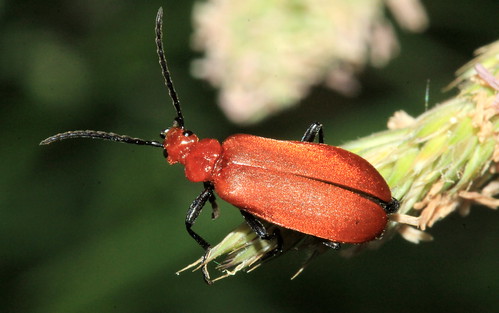 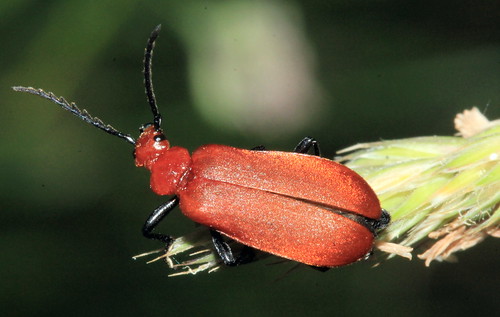 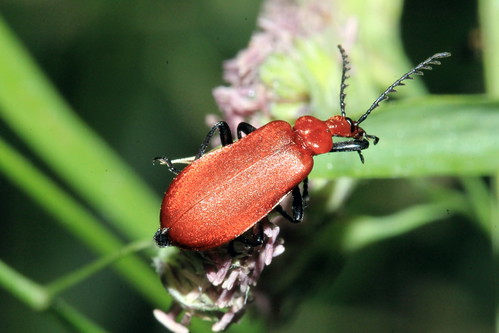 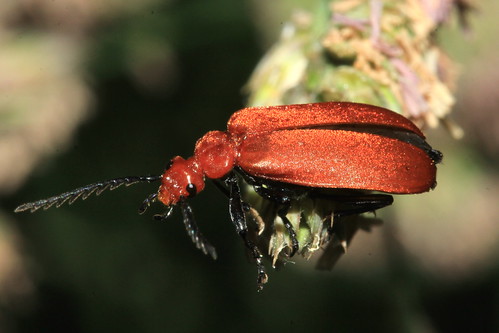 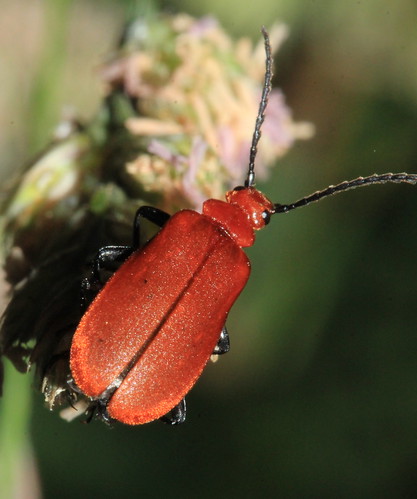