Behaviour Ladybirds will hibernate in large groups in sites which are used year after year. It is thought that pheromones are released by hibernating ladybirds which attract other ladybirds to hibernate in the same place. Ladybirds can be seen piled on top of one another while hibernating, the advantage of this is perhaps that less heat is lost, increasing their chances of surviving the cold of winter. 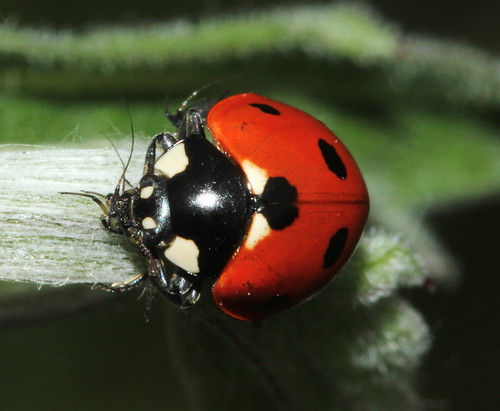 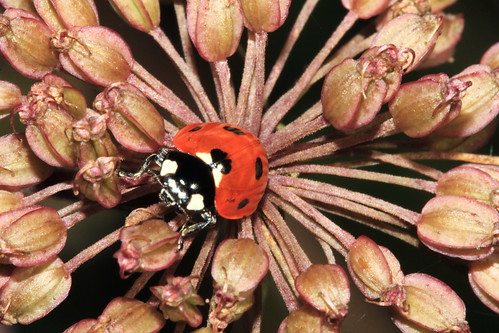 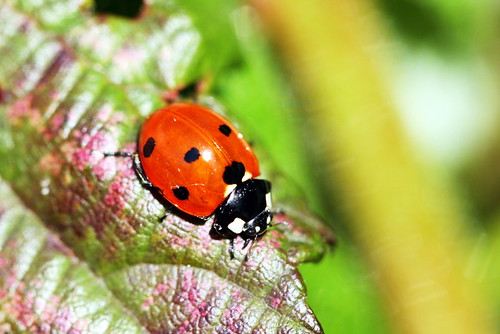 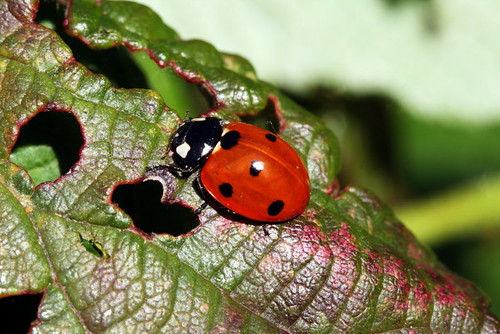 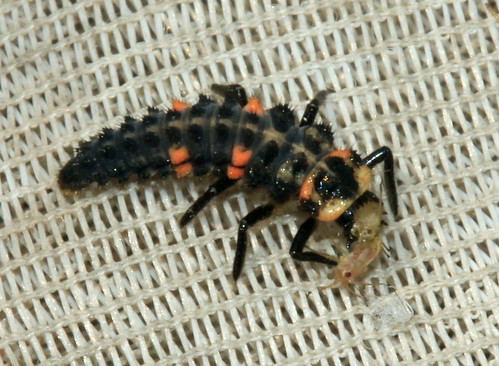 Many Ladybirds are carnivorous feeding on Aphid larva (Hemiptera, Homoptera, Aphididae)both as adults and as larvae. 4/42 British species are are vegetarians; the Orange Ladybird (Halzia 16-guttata), the 24 Spot Ladybird (Subcoccinella 24-punctata, the 22 Spot Ladybird (Phyllobora 22-punctata) and the 16 Spot Ladybird (Tytthaspis 16-punctata).

Many species are generalists, feeding on a wide variety of aphids and are easy to find i.e. the 2 Spot Ladybird (Adalia 2-punctata).