Identification Caution not usually possible to be certain from image . Elytra are matt green and it often sits with the edges flush to the leaf, leaving no shadow, like many beetles they may exude a liquid to deter predators hence the name rubiginosa refers to the beetle's ability to produce a red liquid from the head.

Similars There are aprox 4 others in the Genus C.vibex,

Life CycleLarvae and pupae have twin tail-spikes which are sometimes used to carry dead skins and faecies in a parasol like fashion The spikes are retained by the pupa and these are flicked forward if it is disturbed.Adults overwinter in tussocks, and in other vegetable debris or moss etc . They emmerge early spring and can be swept from herbage during warm days in March / April 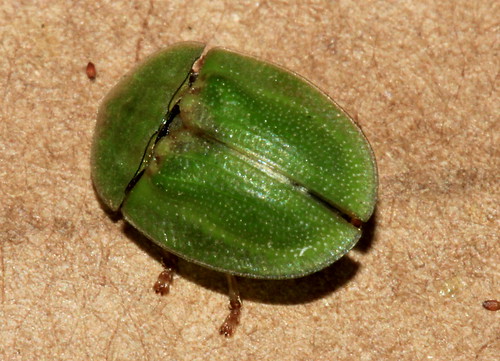 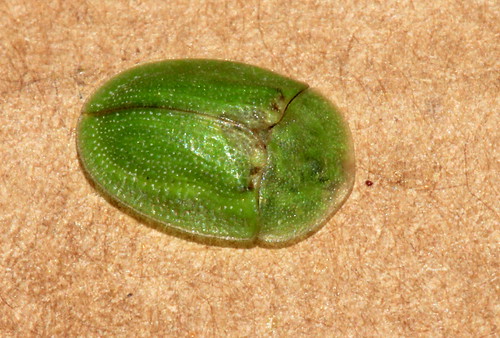 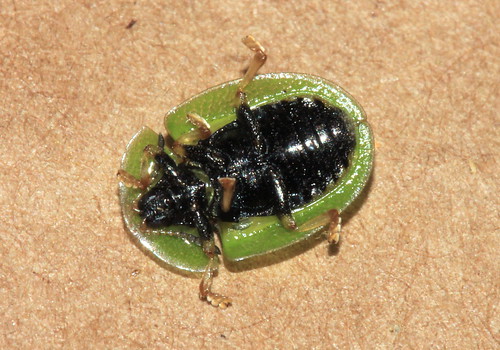 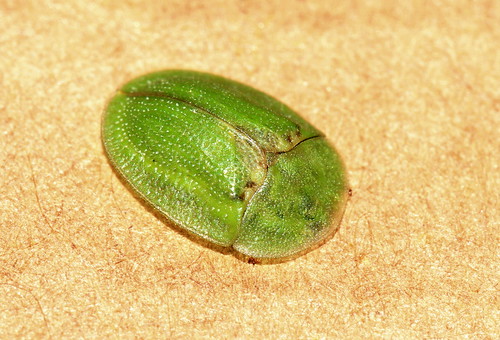