Phenology May and June.

IdentificationA relatively small beetle, around 6–7 mm, black or metallic blue in colour.. It often reveals an orange under surface when gravid . The beetle and larvae host on alder , but will be found on hazel, birch and/or hornbeam if there is a shortage of food. They Cause large holes and gaps in leaves from the end of April onwards, which are produced by the larvae in the first two stages, but the main damage is only produced by larvae in the third stage.

Habitat The beetle and the beetle's larvae host on the grey or speckled alder (Alnus incana) and to a lesser extent black alder (Alnus glutinosa), but will be found on hazel, birch and/or hornbeam if there is a shortage of food. 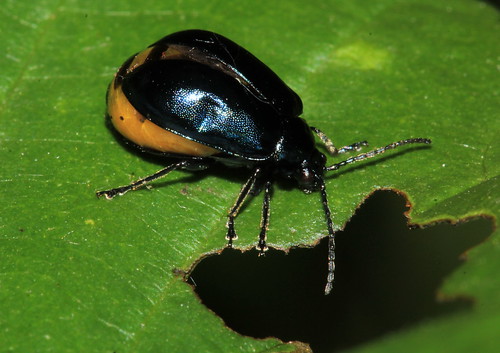 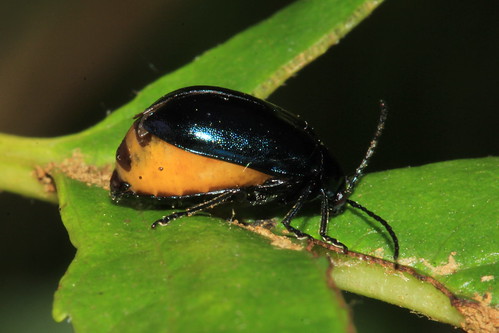 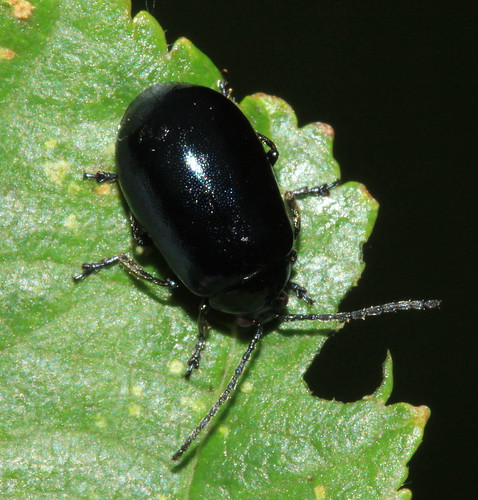 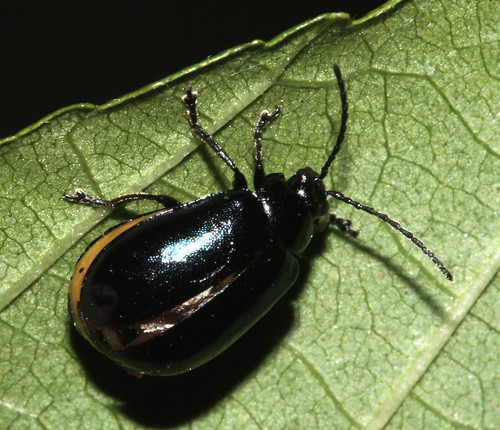 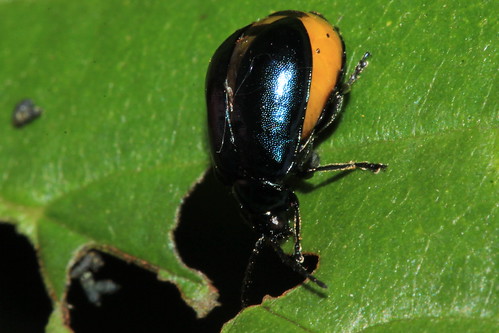