This species is brownish or dark grey in colour and has silky hairs on the wing cases electrya , giving it a sheen. The antennae are long banded red/black in appearance with the 2nd segment is elongate - a key diiferentiator distinguishing it from two other British Grammoptera species All three have bulbous femora

G. ustulata is similar to abdominalis but appears more golden due to the pale hairs on its elytra

Moist meadows and hedgerows.Eg Damp riverine or ditch courses where Adults feed on umbellifers such as Hogweed and Cow Parsley as well as nettles. 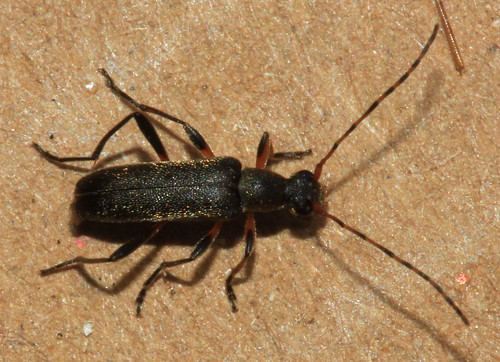 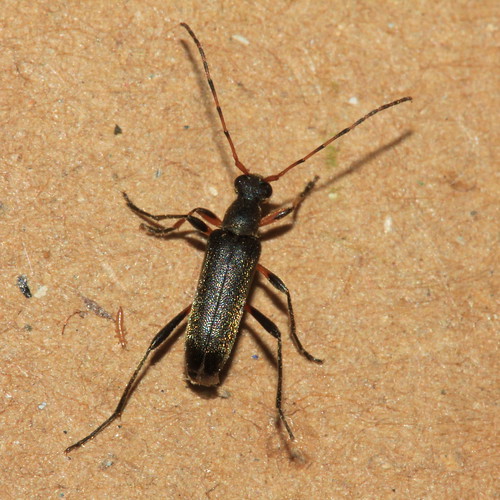