Large Bronze or brightly coloured species although a black form has been recorded.Head black with vertex and clypeus wrinkled, with a strong, oblique ridge from above the front margin of each eye to above the antennal insertions.( See Image Below)

The Head is black with v wrinkled,ertex and clypeus A strong, oblique ridge from above the front margin of each eye to above the antennal insertions is noticable on examination . The Eyes are strongly convex but relatively small. Mandibles robust and produced forward. Antennae black. Palps black with testaceous tips; penultimate segment of labial palps with two (rarely an extra one on one side) setae on inner surface. Pronotum black with lateral, and often basal, margins bright metallic bronze to purple. Transverse (5:8) with hind angles produced backwards, lateral margins explanate; broadening towards base. Surface finely wrinkled on disc becoming strongly wrinkled or obscurely granulate and punctured towards lateral and basal margins. Basal margin are not bordered between produced hind angles. Elytra broad and convex, metallic overall; generally green with side margins vivid green to bronze or purple, without pubescence. Each with three rows of small fovea which are golden metallic at the centre The Dorsal Sculpture indicates numerous lines of irregular longitudinal granules which appear as lines of overlapping scales in some lights, without any ridges or sculpture appearing larger than any others. Legs black and are relatively slender. Each tibia with two long spurs at apex. Front tibia smooth along inner edge i.e. does not have a notch . Segments 1-3 of fore tarsi dilated in male

Carabus nemoralis adults are seen mainly in August and September, and are active at night.
Lives under stones, loose bark and among litter. 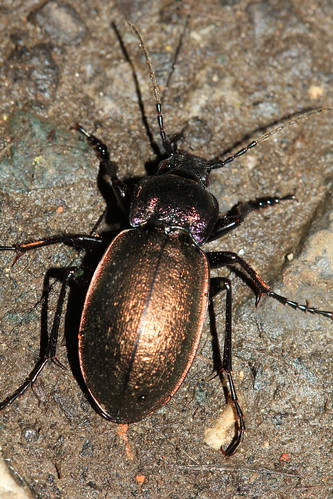 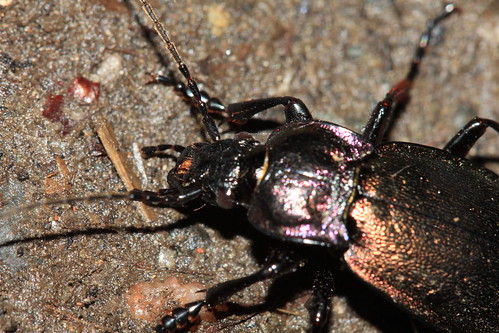 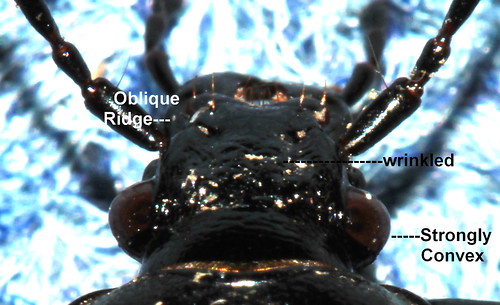 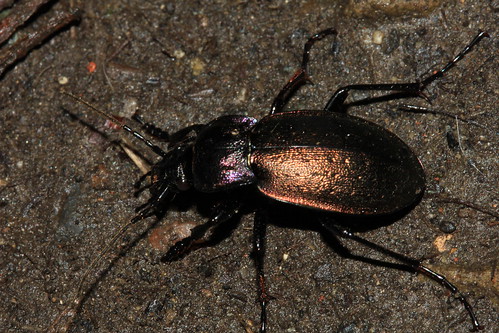 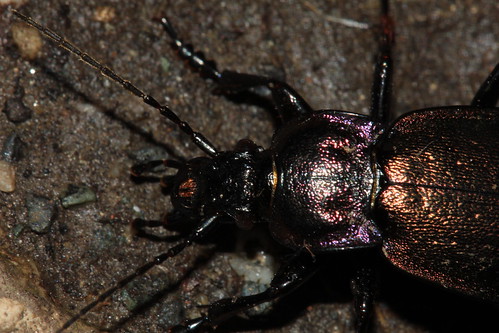 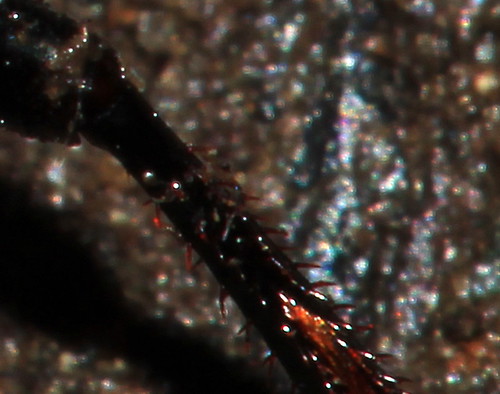 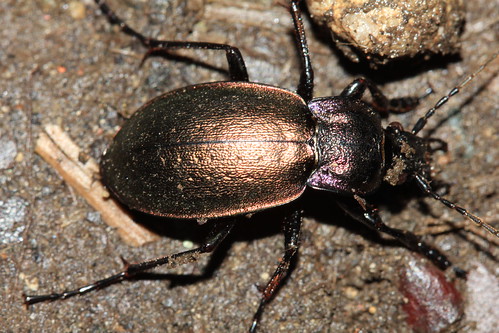 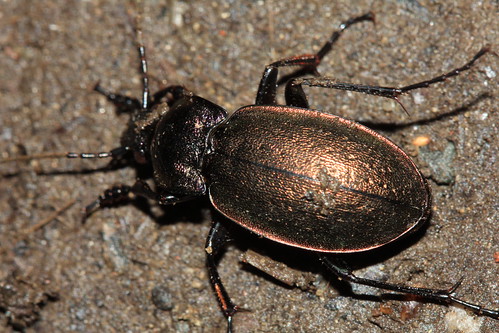